Ogun said the statement by Abubakar Malami (SAN), the Attorney General of the Federation (AGF) and Minister of Justice, linking Ighoho with an indicted sponsor of terrorism is ridiculous, stating that “Nigerians are wiser and would no longer take his words seriously”. 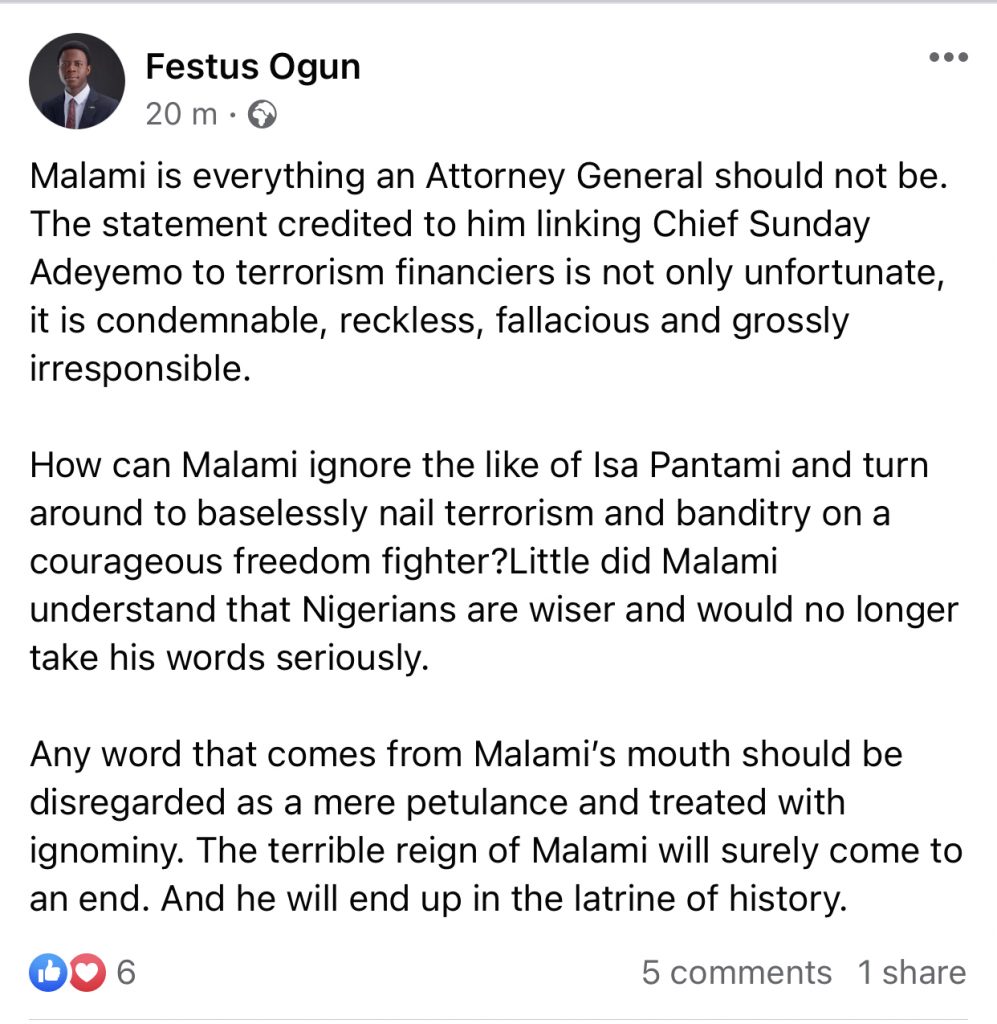 “Malami is everything an Attorney General should not be. The statement credited to him linking Chief Sunday Adeyemo to terrorism financiers is not only unfortunate, it is condemnable, reckless, fallacious and grossly irresponsible,” Ogun said via his known Facebook page on Saturday.

“How can Malami ignore the like of Isa Pantami and turn around to baselessly nail terrorism and banditry on a courageous freedom fighter? Little did Malami understand that Nigerians are wiser and would no longer take his words seriously.

“Any word that comes from Malami’s mouth should be disregarded as a mere petulance and treated with ignominy. The terrible reign of Malami will surely come to an end. And he will end up in the latrine of history,” Ogun submitted.

POLITICS NIGERIA reports that right from the outset of the President Muhammadu Buhari administration in 2015, Malami has been marked for vilification by forces especially outside the government.