Supporters of Nnamdi Kanu, leader of the outlawed Indigenous People of Biafra (IPOB) have staged a protest in the ancient city of Rome, Italy.

POLITICS NIGERIA reports that the demonstrators, on Tuesday, held placards, expressing solidarity with Kanu, and demanding for his immediate release from the custody of the Department of State Services (DSS). 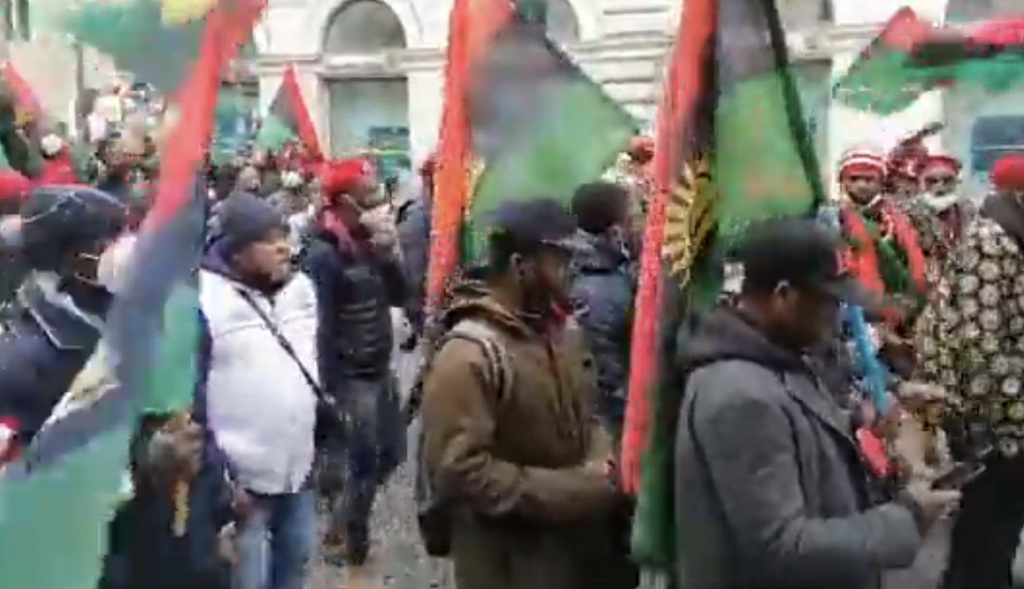 There has been a clamour from notable groups in the South-east for Kanu’s release.

Some of them have visited President Muhammadu Buhari over the matter. But Buhari would later respond in an interview that Kanu should defend himself in court. 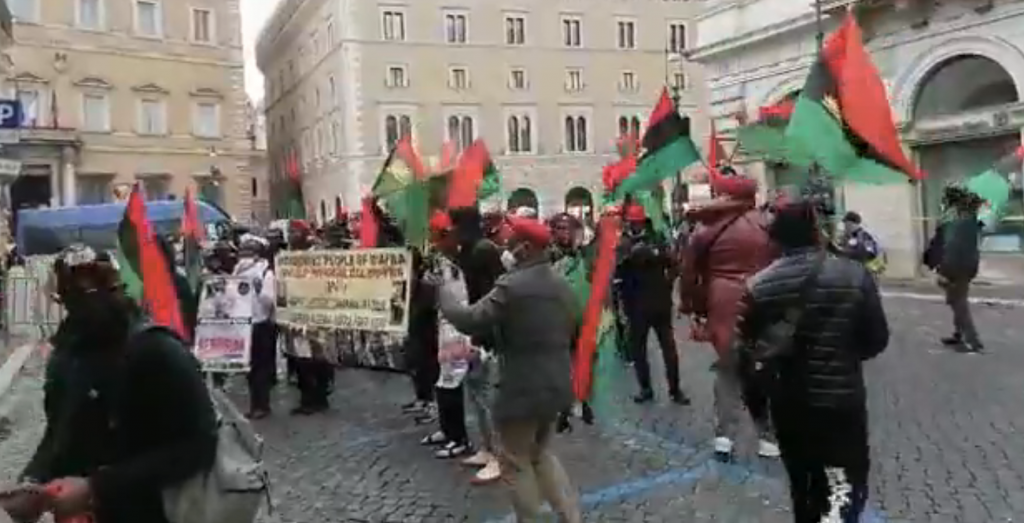 The IPOB leader was reportedly rearrested in Kenya and brought back to Nigeria in June last year by Nigerian government. This was almost four years after he fled Nigeria after the military invaded his Afara-Ukwu home in Abia State in 2017.

While abroad, Kanu, a separatist seeking the secession of the Igbo-speaking part of Nigeria as an in independent Biafra nation, frequently reached out to his followers mainly in the South-eastern part of the country through incendiary social media broadcasts. 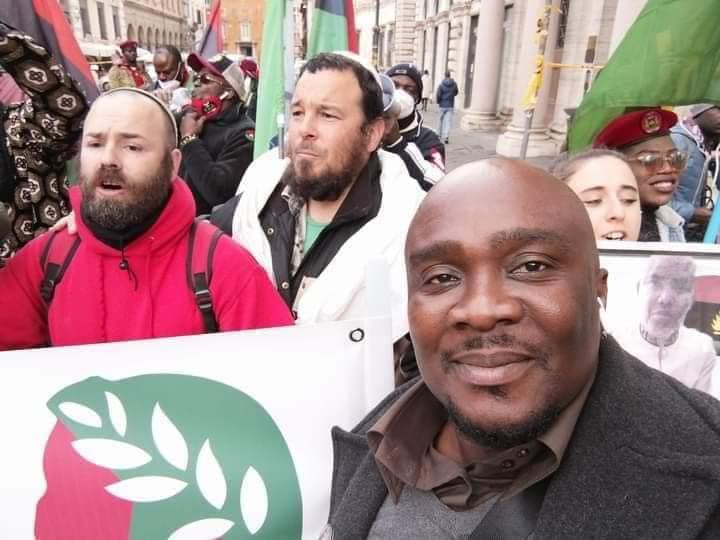 During the period, the Nigerian government blamed him and his IPOB for the escalation of the violence in the South-east region. After his rearrest in June last year, the charges of treasonable felony levelled against him for seeking the secession of the South-region were amended to include terrorism charges.

He is expected to appear again at the Federal High Court, Abuja, today, Wednesday, by 1PM.