The ruling All Progressives Congress APC says no decision has arrived at zoning offices in its National Working Committee NWC contrary to social media reports.

Former APC Deputy National Publicity Secretary, Yekini Nabena, made this known in a statement made available to POLITICS NIGERIA on Tuesday.

He added that the purported zoning arrangement for the planned National Convention of the party which has gone viral on social media is fake.

He said; “A purported zoning arrangement for the planned National Convention of the All Progressives Congress APC which has gone viral in the social media is fake.

“Party members, supporters, stakeholders and indeed the general public are advised to disregard the fake news.

“The inaugural meeting of the Caretaker/Extra-Ordinary National Convention Planning Committee (CEONCPC) which held at the APC National Secretariat on Monday did not discuss or issue the fake zoning arrangement for the planned National Convention.

“Members also renewed their commitment to work as a family in the interest of the party and appealed to all leaders and members to give full cooperation to the Committee in the discharge of its duties/mandate.

“The meeting also approved the composition of the following Committees: Edo State Governorship National Campaign Council; Consultation/Reconciliation Committees for Edo and Ondo States ahead of the forthcoming governorship elections”, he added. 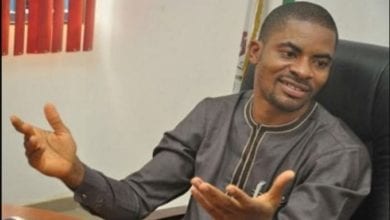