The next presidential election in Nigeria would be held in 2023, and many political aspirants are already playing the 2023 politics from 2019.

After serving out his constitutionally-authorised two term as president, Muhammadu Buhari wouldn’t be on the cards any longer. A successor to the president would likely emerge from either the two major political party in the country – the ruling All progressive congress, APC and the opposing Peoples democratic party, PDP.

However, the unattempted question is who in particular would emerge as their respective flag bearers in an election many has foretold to be interesting.

While the APC have come out optimistic about zoning it’s presidential slot to the south with a northern running mate, the main opposition party, PDP has been silent concerning the 2023 presidency in general.

Last month, after much buzz and rumours surrounding which political zone in the country the party’s presidential candidate would emerge, the PDP national publicity secretary, Kola Ologbondiyan was forced to call an emergency press conference. He told reporters that PDP is yet to discuss the 2023 presidential election.
That is however not the view of the chairman, board of trustees of the Peoples Democratic Party, Senator Walid Jibrin, who recently hinted that the party will soon commence high-level consultations and search for a credible candidate to fly the party’ s flag for the 2023 presidency.

The key party men might try to deviate the minds of the public away from this raised question but one facts is certain, the internal lobbying for the 2023 stake started just after the party’s loss in the 2019 election.

Observers have sighted rivers state governor, Nyesom Wike as one who will attempt to play a key role in deciding the fortunes of who the presidential ticket of his party for the 2023 elections will fall to.
Various national dailies had reported how the two term governor had bankrolled the campaign of PDP National Chairman, Prince Uche Secondus when he sought for office, which the latter won comfortably.

Before the 2019 polls, it was also reported of how the governor single-handedly dragged the PDP national convention to his state, with the hope of ensuring his sokoto state counterpart, Aminu Tambuwal got the presidential ticket. However, former vice president, Atiku Abubakar was witty with his money, as he clitched the ticket haven secured the highest votes.

Wike is said to be pushing for a northeast presidential ticket inwhich he would be paired as running mate to Aminu tambuwal who he openly supported at the portharcourt convention.

Meanwhile, several other reports have revealed that circles within the PDP camp are displeased with the influence the Rivers state governor is generating in the party. Most especially, these reports hinted are the second term governors. They backed their claim on how Kingsley Chinda, the PDP’s chosen candidate supported by Wike was defeated by Ndudi Elumelu, who is purportedly said to be backed by these ‘second term governors’ to emerge as House minority leader.

The activities of Governor Nyesom Wike and his perceived measure to control the party’s machinery isn’t far off from a 2023 plot. 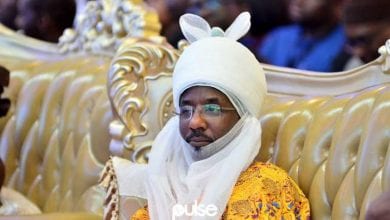 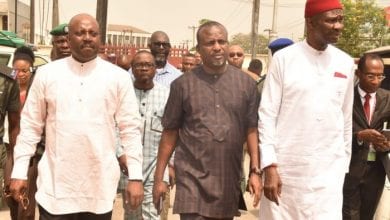