Governor Godwin Obaseki of Edo State has felicitated with the Oba of Benin, Oba Ewuare II, and his Queen, Iyayota on the birth of a baby boy on Monday.

This newspaper reports that the Iyase of Benin, Chief Sam Igbe, announced the arrival of the newborn prince during a press briefing at the monarch’s place in Benin, the state capital.

However, in a statement he personally signed, Governor Obaseki congratulated the Oba and the palace of the Benin Kingdom on the birth of the new prince.

The governor noted that the people of Edo rejoice with the Oba and the palace. He prayed that the greatness of the Benin Kingdom would continue to grow with the arrival of the new prince.

He said: “His arrival has expanded the splendor of the Royal Palace of the Benin Kingdom, and we pray that the greatness of the Kingdom of His Royal Majesty would continue to grow without bounds in the fruitful years ahead.” 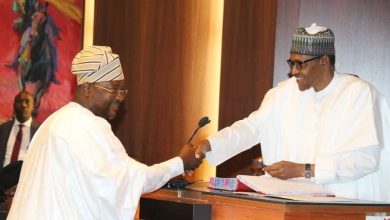