The Independent National Electoral Commission, INEC, has announced that the candidates of the 17 political parties contesting the forthcoming governorship election in Ondo State will sign a peace accord next week Tuesday.

Speaking with reporters during an interactive session held at INEC office in Akure on Thursday, the Chairman of the commission, Prof. Mahmood Yakubu, said the candidates are expected to conduct themselves in a civilized manner before and during the election.

Yakubu noted that the commission was studying the incident of slow voting in Oredo Local Government Area of Edo State during the just-concluded election.

He said, “We are aware of the violence involving supporters of political parties. We will meet with the traditional rulers over the issue of violence. I am also glad that the National Peace Committee under the leadership of our former Head of State, Gen. Abdulsalami Abubakar (retd.), is going to intervene by organising the signing of the peace accord, similar to what we did in Benin.

“That is why we have a representative of the NPC committee to do the preparatory work. The signing of the peace accord will take place on Tuesday, October 6, 2020, here in Akure.

“The Central Bank of Nigeria will deliver them to the (Akure) branch. On Monday, October 5, the sensitive materials for the election will arrive. We lost all our smart card readers to the unfortunate fire incident.

“But let me say that we have fully recovered from that incident. We have enough smart card readers from the neighboring State of Oyo State. We are configuring and charging the card readers here in Akure.” 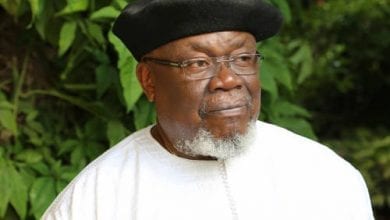 Criminality now order of the day in Nigeria under Buhari – Obasanjo