President Muhammadu Buhari’s $22.7 billion external loan request has been approved by the Nigerian Senate on Wednesday amid objections from some senators.

According to the president, the loan is to fund critical infrastructure projects under the 2016 – 2018 External Borrowing Plan.

During the debate on the matter, Senator Adamu Aliero (Kebbi Central) called for the postponement for the consideration of the report to another legislative day but was rebuffed by the Senate President, Ahmad Lawan.

According to Lawan, postponing the deliberation would be counterproductive as the findings and recommendations of the report would have been discussed in the media before the upper chamber considers the report.

Before Lawan could subject the two recommendations in the report to vote and approval, Senate Minority Leader, Enyinnaya Abaribe raised a point of order not to consider all the recommendations on the loan at once.

Abaribe asked that the various components of the loan be subjected to voting, especially the amounts and the lending countries but Lawan disagreed with him, saying that the Senate would only vote on the two recommendations contained in the report.

Abaribe said: “We are going to pass a loan of $22.7billion for which we are being denied the privilege to express our reservations. You are putting us in a very impossible position.

“There are some aspects of this loan that we object to. I want to ask on behalf of our colleagues here that we take these items one by one and vote on them.”

Lawan in his response said: “You (Minority Leader) have not been denied of your privilege.

“I don’t want the discussion on this loan to degenerate into partisanship. My action was was not an attempt to muscle you.”

“I want to quote one popular saying that he who goes a borrowing, goes a sorrowing,” Abaribe replied.

Senator Gabriel Suswam also raised a point of order on an aspect of the loan that relates to power projects in the report which he did not want to raise in the open chamber.

He, however, urged the Senate President to allow the Senate to go into an executive session for 10 minutes to resolve the issues.

“There are contentious issues in this report. I want to appeal that we go into an executive session for 10 minutes after that we can conclude proceedings on this report,” Suswam said.

Lawan had earlier said that the Senate will not go into an executive session to approve the report, he later accepted after Senator Suswan pointed out the reason.

After the closed door session which lasted for about 30 minutes, the Senate approved the President’s request. 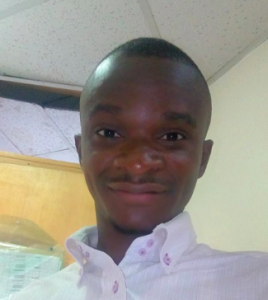 Madrick is a results-oriented sales manager with more than 10 years of experience in direct residential/commercial sales, B2C, B2B, social media marketing, and sales management. He has proven talent in leadership and team building providing support to operations staff to assure workforce continuity and career improvement. His hobbies include gardening as well as swimming. 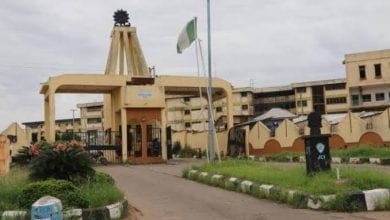 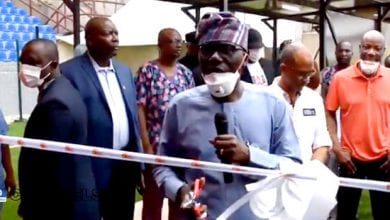