The Oyo State Police Command Headquarters was on Wednesday attacked by some angry youths protesting the escape of a suspected serial killer, Sunday Shodipe from police custody on August 11.

POLITICS NIGERIA reports that the youths stormed the police headquarters in Eleyele, Ibadan to demand from the Commissioner of Police, Nwachukwu Enwonwu how the prime suspect in the serial killings in the Akinyele Local Government Area escaped from detention.

It was learned that the situation became chaotic when the angry youths attacked the headquarters with stones and other missiles after the police boss failed to give them a good reason for Shodipe’s escape.

The commissioner was said to have instructed his officers to quickly stop the protest and disperse the angry youths.

Reacting to the incident, the Police Public Relations Officer, Olugbenga Fadeyi, said the youths became unruly and attacked the headquarters with objects.

He said, “The CP and other senior police officers attended to them and answered all their questions.

“You know students now, some of them got out of control but we were able to handle the situation professionally. They have gone back.” 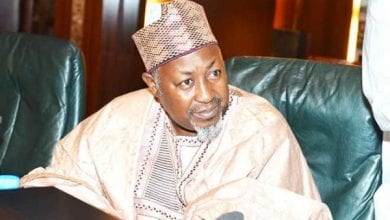