POLITICS NIGERIA reports that the suspects names were given as Francis Odiakose and Christopher Odiakose.

Bright Edafe, the spokesman for the state command, made the known in a statement shared with this newspaper.

He urged members of the public to help with any information that will assist security agents in the arrest of the terrorism suspects. 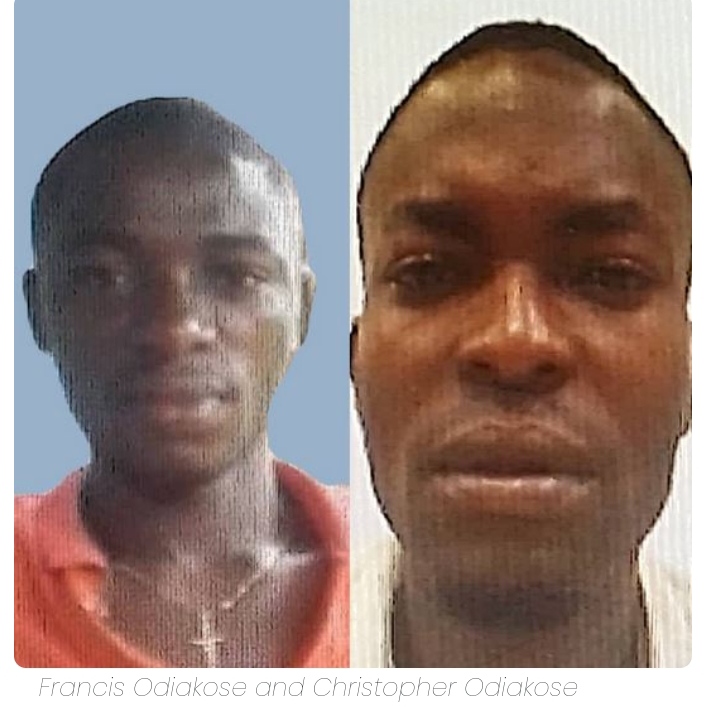 “The Delta Police Command has declared Francis Odiakose and Christopher Odiakose wanted on C.R.O Form 5 issued by the state command.

“If seen, members of the public should, please, arrest and hand them over to the nearest Police Station or to the Office of the Commissioner of Police,” Edafe said.