An officer of the Nigerian Police Force was recently spotted using a ballot box to wash his uniform inside the premises of the Independent National Electoral Commission (INEC) office in Yenagoa, Bayelsa State, on Sunday.

The INEC office is the collation centre for the Bayelsa governorship election that held on Saturday.  Speaking to newsmen, the police officer who was redeployed from Lagos said;

“We will still stay after the result has been announced. The last lap of our job is to ensure there is no post-election violence,” he said.

Ahead of the election, the police had deployed 31, 000 men, to Bayelsa. 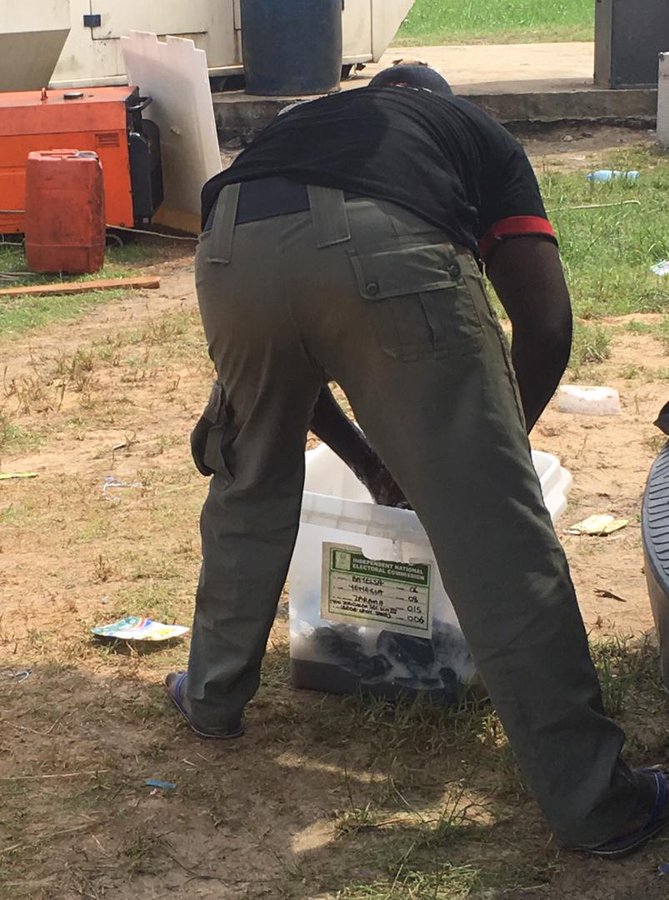