The National Chairman of the All Progressives Congress, APC, Adams Aliyu Oshiomhole has said that the party will rule Nigeria beyond 2023.

Oshiomhole made this comment during a meeting with APC Governors in Abuja. He disclosed that members of the party need to work together as a lot more could be achieved. In his words;

“We also want to congratulate you for having being reelected. Sometimes it is easier to be elected the first time. But to be reelected implies a huge vote of confidence by the people of your respective states,”

“And Looking at things from here, I know a lot went into trying to seize the deliberate attempt by the opposition to discredit the good ones.

“Like, we have said during the retreat, we believed our party has made a lot of progress in the three key areas that were reflected in our manifesto.

“But, there is a lot to be done. And I am sure working together at both the executive, state and federal by the special grace of God, we will do better in this second time. As to merit, our party will continue to govern the country post-2023.”

He said his position as the national chairman of the ruling party is challenging. He expressed joy at winning some states especially Kwara and Gombe.

“I am happy to say that at the end of the day even though we lost some states we also gained some states. We gained Kwara, which for us is extremely important. And, we also gained Gombe state which is also very strategic among others.”

“As it stands there are many cases in court. And until those cases are resolved, we won’t be able to say for sure where we stand. It is our prayer because we believed that a lot of our cases in court have merit. We hope that there will be justice and they are resolved in our favor.” 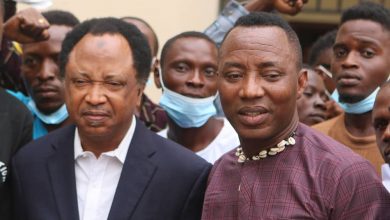