In the middle of March, information concerning the use of chloroquine in curing the coronavirus disease went viral, as hailed by the President of The United States of America, Donald Trump.

As a result of this, the antimalaria drug which was once banned in some parts of the world saw a surge in its prices. Debunking this news, the Federal Government of Nigeria through the Director-General of the Nigerian Centre for Disease Control (NCDC), Dr Chikwe Ihekweazu, warned that chloroquine has not been approved as a cure for COVID-19. He disclosed this while reacting to media reports that suggested chloroquine could protect people from the coronavirus disease or treat patients who are already infected with the disease.

However, this has not led to a reduction in the price of the antimalaria drug, as seen in the case of one of the COVID-19-free Local Government Areas in Lagos, Ojo. Chloroquine is a widely used medication used to treat malaria caused by mosquito bites but since the surge in the price of the antimalaria drug, patients who use this drug regularly have expressed discomfort in purchasing it.

According to a malaria patient in the Ojo Local Government of Lagos State, Ouwatumininu Adetoro, who has been using the drug to cure his frequent malaria, he lamented that the drug has increased in price and has become extremely expensive to purchase.

Two pharmacies and four druggists were visited in Ojo local government, to make enquires and confirm the current prices of the antimalaria. The other four are referred to as druggists because they were discovered to only sell drugs without an affixed name to their drug shop.

Bukola Adeniyi is another resident of Ojo who resorted to talking herbs considering the hike in the price of chloroquine as prescribed by the doctor after she carried out a test.

The first pharmacy she visited in the area was a druggist located on Alhaji Shittu street. The drug shop had a particular brand of the antimalaria drug called Maxiquine and, according to the drug seller, the drug is now sold for N700 not its initial price of N150.

A druggist and a pharmacy at Mosafejo first transformer area, that stood not too far away from each other had different but expensive prices for the drug. The first space visited was the drug store who had two brands of the chloroquine drug, Maxiquine which was sold for N300 and the other called Albequine sold for N500.

The second space was a pharmacy called “Rafon,” not too far away on the same road sold the Maxiquine brand for N800, the highest price from all the drugstores so far. A drug store on Nzeduru Street had the Maxiquine syrup sold for N500 and chloroquine pills for N50 per piece or N500 per 10 pieces.

Another drug store on Olufemi Adenigba Street sold all its chloroquine products for N500.

New Concept Pharmacy Drugs and Sundries, is another pharmacy in the Local Government not too far from the Local Government Secretariat, very close to Iyana-Iba market. Social distancing measures were in place at this pharmacy and customers were not allowed to access the pharmacy, they only bought their needs from the gate with attendants of the pharmacy responding to their requests.

An engagement with Chineye, the accountant of the pharmacy revealed that the cost of chloroquine in the pharmacy is N700 and that there was a surge in price because it was said to have been a cure for the novel coronavirus. She explained that there had been an increase in the requests for chloroquine compared to other antimalaria drugs.

After being asked if an association of pharmacists in the local government exists, she responded in the affirmative but noted that the association had no business with the pricing of drugs or chloroquine, specifically.

These are the average prices of the antimalaria drug, chloroquine in a local government area said to not have recorded any case of the virus by the Lagos State Government. Residents of the area who have experienced malaria in the last couple of months have lamented over the surge in the price of the drug.

No doubt, other malaria drugs exist but certain patients of the malaria illness who are used to taking the drug, despite its ban in Nigeria in 2004, have had their system accustomed to the use of the chloroquine antimalaria drug over time. 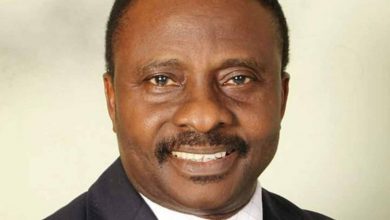 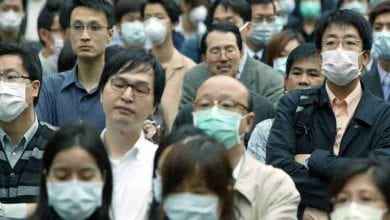 Falana berates FG over approval of new Colleges of Education