Reno Omokri, ex-aide to former President Goodluck Jonathan says the recent raid by Nigerian authorities on the Abuja residence of Mary Odili, a Justice of the country’s Supreme Court is politically-motivated, and not about corruption.

According to Omokri in a tweet on his verified handle on Saturday, President Muhammadu Buhari and the All Progressives Congress (APC) ‘want Uche Secondus to scuttle the Peoples Democratic Party, PDP’. Secondus is the suspended National Chairman of the PDP. 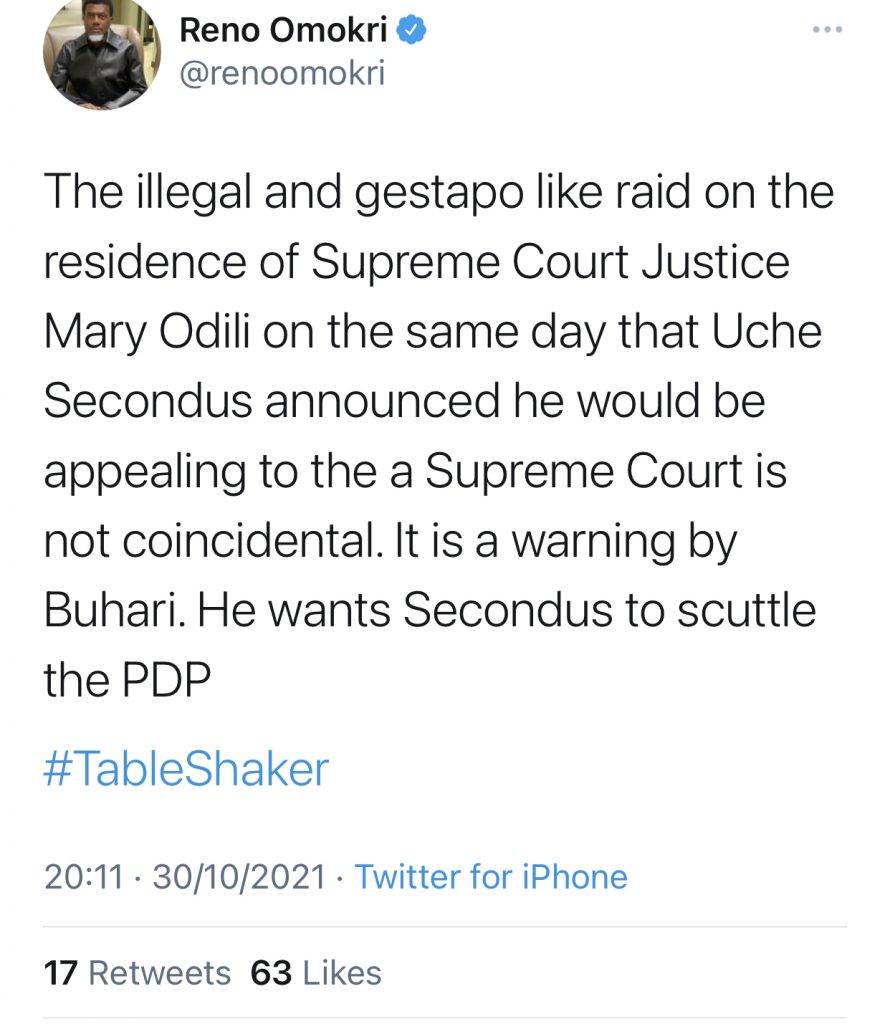 “The illegal and gestapo like raid on the residence of Supreme Court Justice Mary Odili on the same day that Uche Secondus announced he would be appealing to the a Supreme Court is not coincidental. It is a warning by Buhari. He wants Secondus to scuttle the PDP,” Omokri wrote. 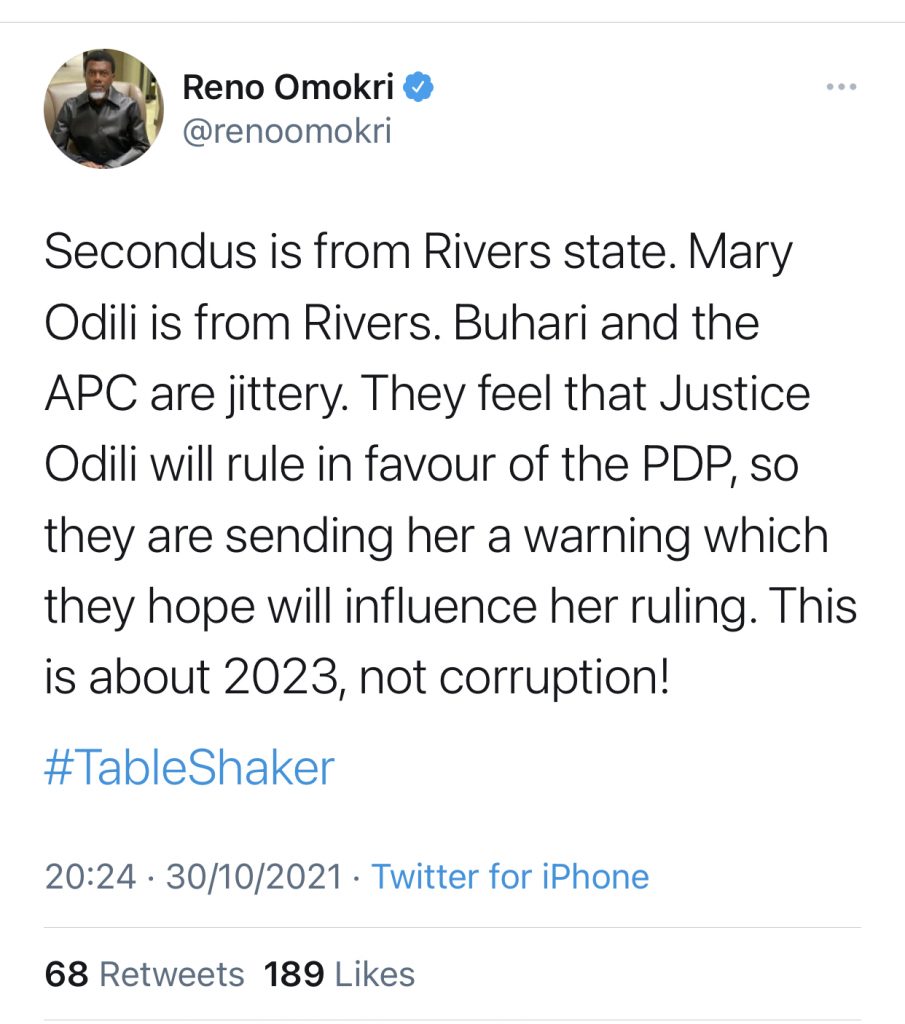 In another tweet a few moments later, Omokri said: “Secondus is from Rivers state. Mary Odili is from Rivers. Buhari and the APC are jittery. They feel that Justice Odili will rule in favour of the PDP, so they are sending her a warning which they hope will influence her ruling. This is about 2023, not corruption!”

POLITICS NIGERIA recalls that the Economic and Financial Crimes Commission (EFCC) distanced itself from the invasion of the home of Mary Odili.

The Department of Security Service (DSS) also denied involvement in the raid on Friday.

Media reports surfaced on Friday evening that Mrs Odili’s Maitama, Abuja residence, was raided by armed operatives of the EFCC.

The apex court judge is the wife of Peter Odili, a former governor of Rivers State, who has been having a running battle with the anti-graft agency.