The Rivers State University Teaching Hospital (RSUTH) said that two patients admitted to the hospital have tested positive to the dreaded COVID-19 disease.

The Public Relations Officer of RSUTH, Dr. Nsirim Larry, confirmed the development in a statement in Port Harcourt on Saturday.

According to him, the patients were female security working in the hospital and another female patient admitted into the labour ward.

The statement read: “It is important to note that the doctors and nurses who had direct contact with both patients have been advised by hospital management to self-isolate.

“RSUTH is making preparations to decontaminate the labour ward and radiology unit immediately while sample collection of the direct contacts would begin tomorrow.

“We urge anyone, who has not been contacted to please indicate by calling the POTARD unit for sample collection,” he appealed to workers in the hospital.”

Larry urged residents to remain calm and offer their prayers and support to those infected with the virus.
Nigeria has so far tested 41,907 persons since the beginning of the pandemic.

A breakdown of all the confirmed cases so far shows that out of the total confirmed cases, there are 5,033 active cases, 2,007 have recovered and have been discharged, and 221 deaths have been reported. 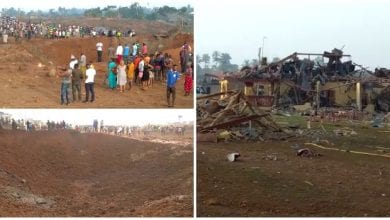