The request made by former acting Chairman of the Economic and Financial Crimes Commission, Ibrahim Magu to invite the President’s Chief of Staff, Ibrahim Gambari, and others to the Presidential panel has been rejected.

Others invited are former Chairman of the EFCC, Ibrahim Lamorde; the Director-General of the Nigerian Financial Intelligence Unit, Modibbo Hamman-Tukur among others to appear before it.

But the panel made a U-turn and withdrew the subpoena after the Minister of Justice and Attorney-General of the Federation, Abubakar Malami (SAN), failed to appear before the panel.

Reacting to the development, Tosin Ojaomo, counsel to Magu, decried the panel’s decision for rejecting his client’s request to invite those who would have been able to explain the allegations against him.

Ojaomo said the panel had closed its probe and was preparing its report which it would soon submit to the President Muhammadu Buhari.

The lawyer said, “Justice Salami refused to subpoena those we asked him to serve. He had drafted subpoenas to the chief of naval staff, minister of defence, chief of staff to the President, the DG NFIU, the AGF and Lamorde.

“I am sure he refused to issue the subpoenas because of the way the AGF refused to come forward. So, we have closed our defence and I am sure the report would be submitted anytime from now.

“Magu was forced to defend himself without any witness of his coming forward. But no one accused Magu of stealing. In fact, those who have pending cases in court only asked that the charges filed against them be withdrawn.” 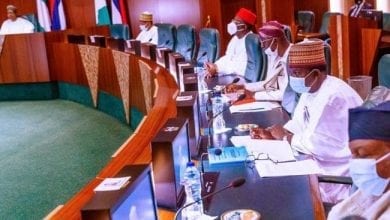 Details of meeting between Buhari and Governors emerge 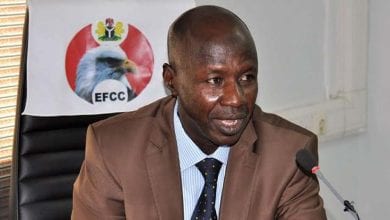