The Lagos state police command has paraded several protesters arrested on Saturday in Ojota area of the state for participating in a rally calling for the break-up of Nigeria.

POLITICS NIGERIA earlier reported that officers from the Lagos command fired teargas and water cannons to disperse the protesters. The protesters had convened for what they branded ‘Yoruba Nation rally’, calling for the breakup of the country and an independent state for the Yorubas.

The protesters also expressed displeasure at the raid on the home of its leader and activist, Sunday Adeyemo popularly known as ‘Sunday Igboho’. Below are photographs of the arrested protesters paraded by the command on Sunday afternoon; 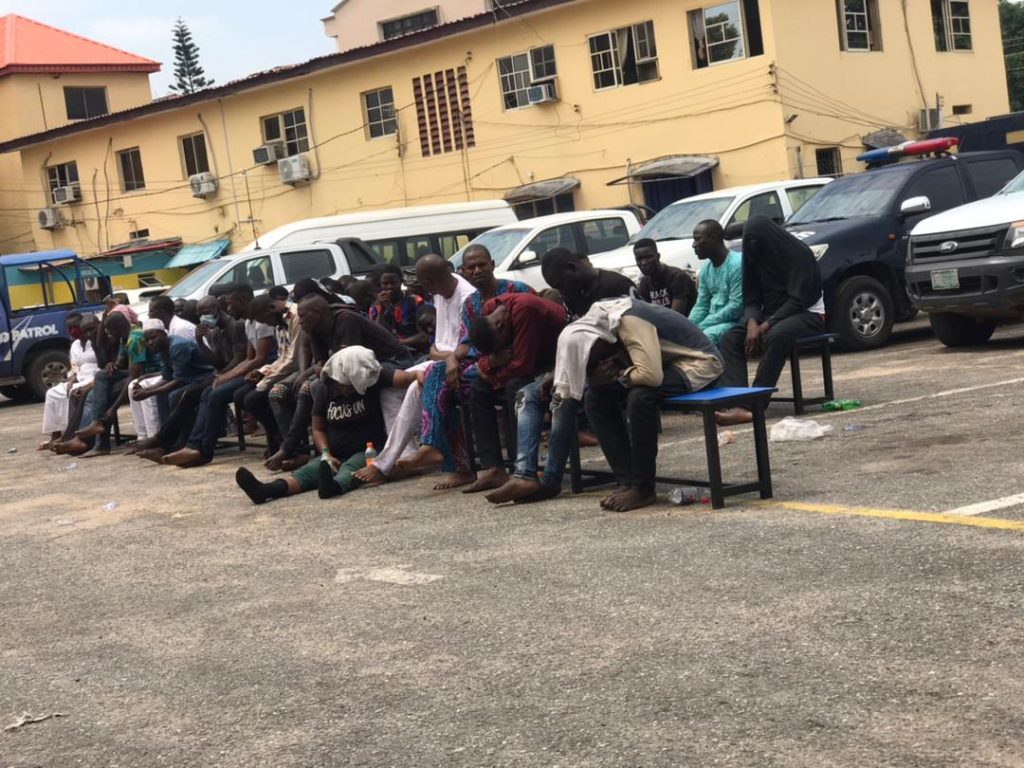 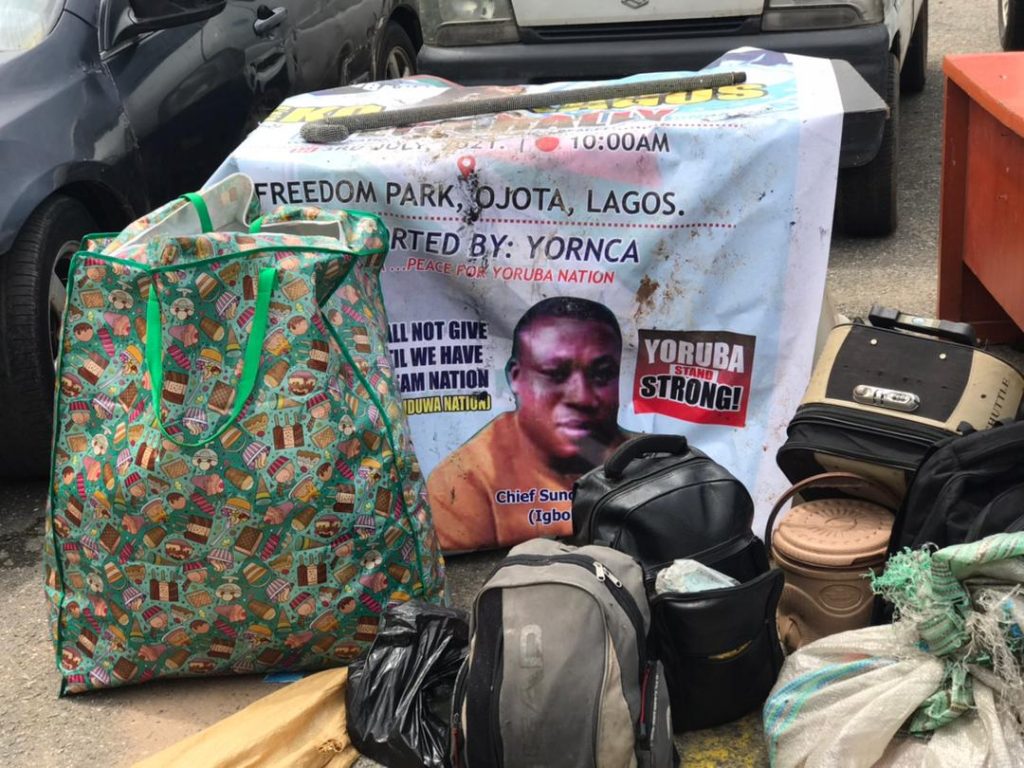