The Defence Headquarters on Thursday said it killed six insurgents of the Indigenous People of Biafra (IPOB) during its operations across Nigeria’s southeast region between 8th to 22nd September 2022.

POLITICS NIGERIA reports that the Defence Headquarters made this disclosure during a press briefing at its Conference Room in Abuja. 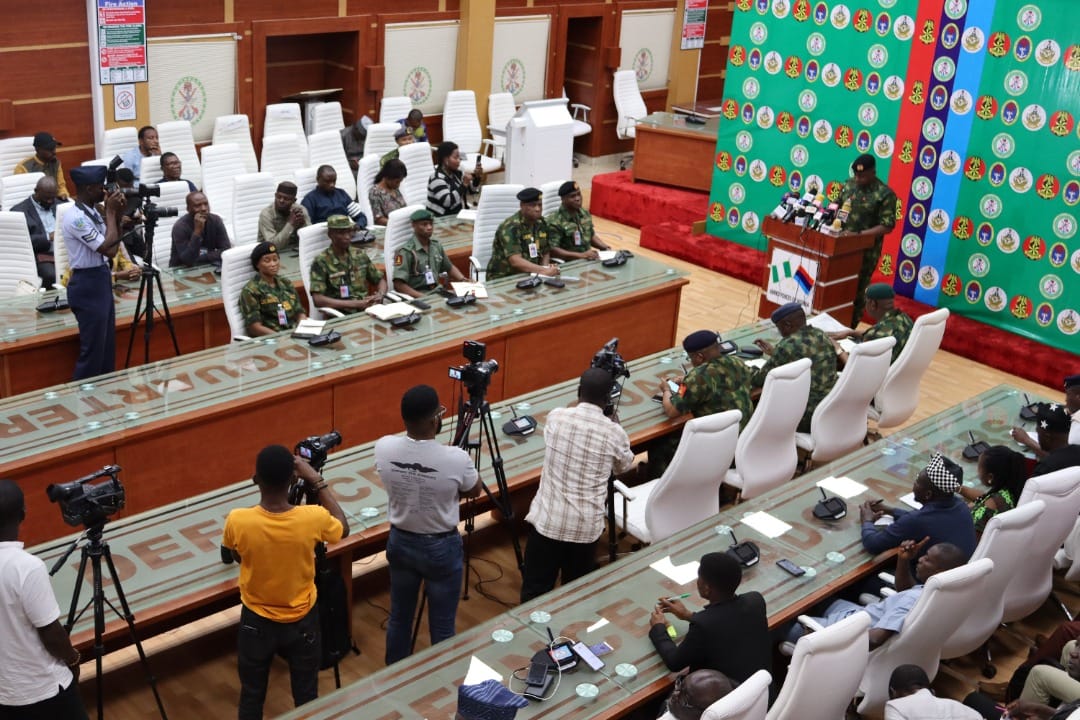 While two IPOB militants were killed at their camp in Orsumoghu forest in Ihiala Local Government Area (LGA) of Anambra State, four were eliminated in operations conducted in Imo, Enugu State and Abia states at the insurgents’ hideouts and camps.

“Troops in conjunction with other security agents have sustained the offensive and raid operation against the activities of the outlawed Indigenous People of Biafra/Eastern Security Network criminal activities and other criminal elements in the zone,” the statement by Maj-Gen Danmadami said.

“Notably, on 17 September 2022, troops in a coordinate joint operation with the Nigerian Police and operatives of the Department of State Security Service (DSS) conducted offensive operation at a identified criminal camp at Orsumoghu forest in Ihiala Local Government Area of Anambra State.

“All recovered items, and arrested criminals were handed over to relevant authority for further action.”