The troops of Sector 3 Operation Hadin Kai supported by the Nigerian Air Force component, dealt a devastating blow on the terrorists while they were attempting to infiltrate the Forward Operating Base using guntrucks and several other weapons.

“The gallant troops, who are currently exploiting the withdrawal route of the fleeing terrorists, have so far recovered 10 AK 47 riffles, one Anti Aircraft Gun, one Shilka barrel, one 60mm Mortar tube and 61 rounds of PKT riffle ammunition amongst others.

“Several charred remains of the terrorists were also uncovered along the route.

“The Chief of Army Staff, Lt Gen Faruk Yahaya has urged the troops to aggressively maintain the momentum of the pursuit, until the remnants of the fleeing terrorists are destroyed,” Brigadier-General Nwachukwu said. 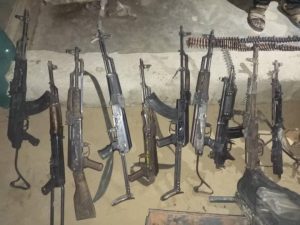 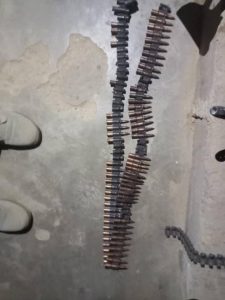 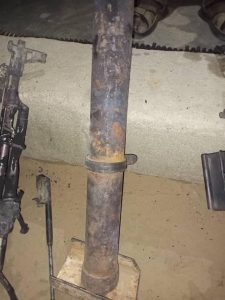 POLITICS NIGERIA reports that the Boko Haram insurgency began in July 2009, when the militant Islamist and jihadist rebel group Boko Haram started an armed rebellion against the government of Nigeria. The conflict takes place within the context of long-standing issues of religious violence between Nigeria’s Muslim and Christian communities, and the insurgents’ ultimate aim is to establish an Islamic state in the region.