Mujahid Dokubo-Asari, a Niger Delta activist, displayed an arm while speaking on a Facebook Live on his page.

POLITICS NIGERIA reports that in the video, Dokubo bemoaned the conduct of Igbo youths, while telling staunch followers of Nnamdi Kanu, the detained leader of the outlawed Indigenous People of Biafra (IPOB), that he would not hesitate to “finish” them in the event they bring ‘war’ to him.

“You dey see me (momentarily displaying his rifle)? I no dey run. Una head no correct. E be like say una dey look for who go finish una, look for una everywhere, finish una,” Dokubo said in Pidgin on Thursday. 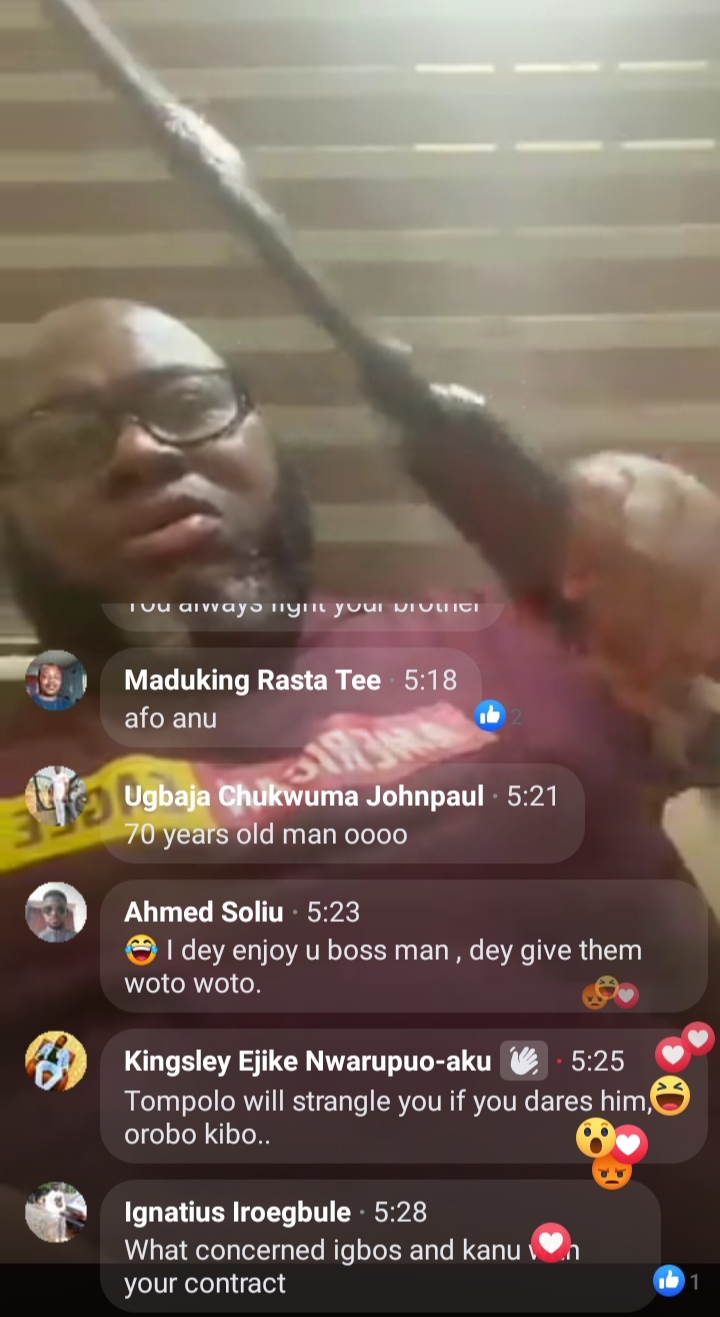 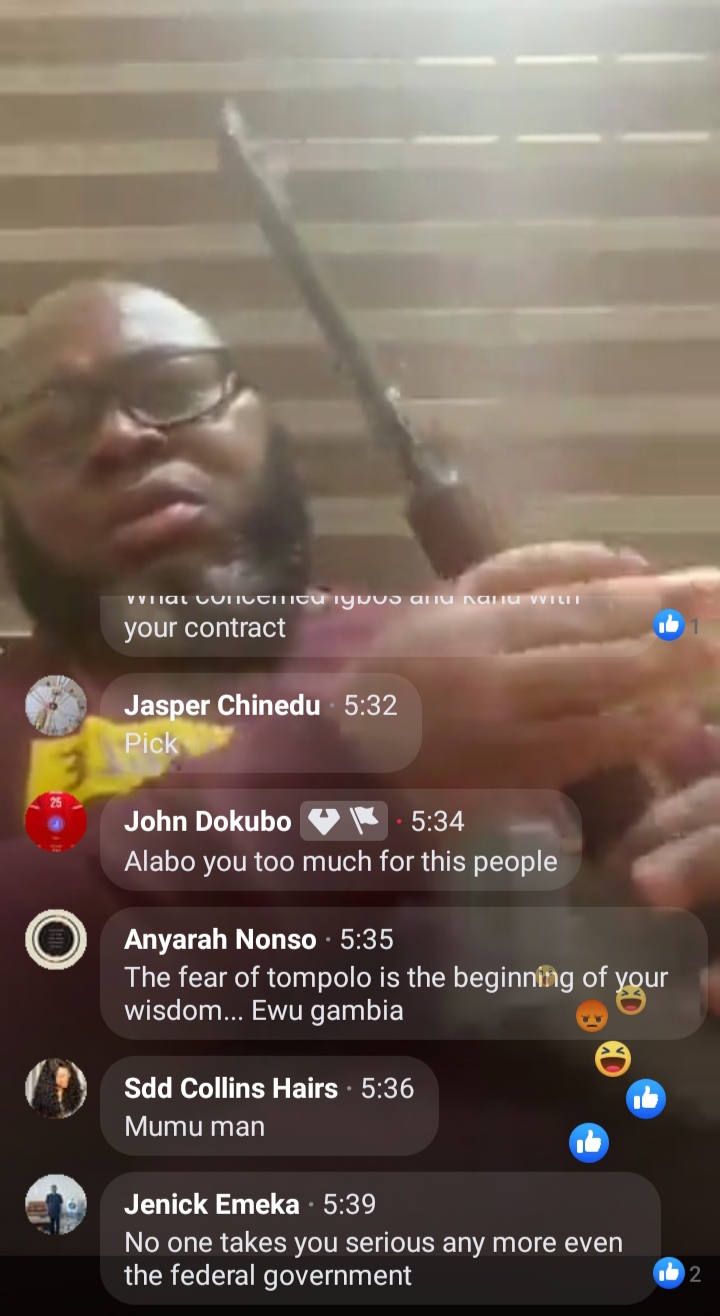 Speaking on Kanu, Dokubo said: “Look at how your leader was caught in Kenya and brought back. What did he go to do in Kenya?” Dokubo asked rhetorically.

“Why didn’t you, his followers, ask him what he went to do in Kenya?”

Dokubo, 58, is a former president of the Ijaw Youth Council. He founded the Niger Delta People’s Volunteer Force which would transmogrify into one of the most prominent armed groups operating in the Niger Delta region.

He holds populist views that have made him a folk hero amongst certain members of the local population.