The Delta State branch of the Nigerian Medical Association, NMA, has said it might be difficult to completely defeat the ravaging coronavirus pandemic.

The group of doctors noted that people may have to live with it like other viruses such as HIV/AIDS.

As at the time of filing this report, a total of 627 persons have contracted the disease in Nigeria. While 21 have died, 170 have been discharged.

Speaking with journalists in Asaba, on Sunday, chairman of the NMA in the state, Dr Ekeneam Omo, expressed hope that a vaccine would soon be produced to boost people’s immunity against the dreaded virus that would make them adapt to it.

On what was being used to treat patients with the virus, Omo said chloroquine was one of the drugs being administered on the patients, urging the state government to sustain the temple by doing more in terms of improving existing facilities and continuous provision of Personal Protective Equipment, PPE, to healthcare personnel.

He asked that the percentage of consolidated basic salary be paid as hazard allowance to doctors and other health workers taking care of COVID-19 patients.

Omo also asked for the institution of compensation package for all doctors and healthcare workers, who die or suffer disability from attending to patients suffering from COVID-19 infection, which could be in the form of life or disability insurance.

“We urge the state government to put measures in place to contain the spread and prevent a second surge of COVID-19 virus after the lockdown period.”

He pledged the continued cooperation of doctors and other health workers for the state government to ensure services were unhindered.

Lamenting that 25 doctors were currently being isolated at the University of Benin Teaching Hospital, UBTH, Omo decried the fact that three doctors had been lost to the virus in the country, including a corps member.

While commending the state government for the facilities put on ground to take care of index cases, Omo thanked the government for its proactive step to prevent the outbreak or contain the spread of the virus in the state by closing all entry borders. 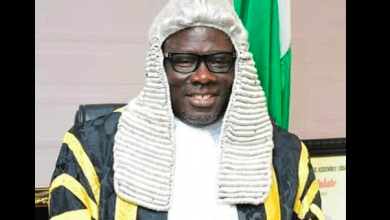