On Saturday, Presidential aide, Bashir Ahmad ‘mocked’ Sunday Igboho who is being detained in Benin Republic.

Ahmad, a Personal Assistant to to President Muhammadu Buhari on Digital and New Media, took to his verified Facebook page on Saturday evening and shared a story published by TheCable.

Reacting, Ahmad shared the story with a snide comment, “Hilarious!”

He was immediately bombarded with criticism by different Nigerians on Social media with some describing his comment as ‘insensitive’.

POLITICS NIGERIA recalls that Igboho got into hot water a few months ago after attempting to flee Nigeria through Cotonou, Benin Republic. He was arrested in Cadjehoun airport over passport issues. 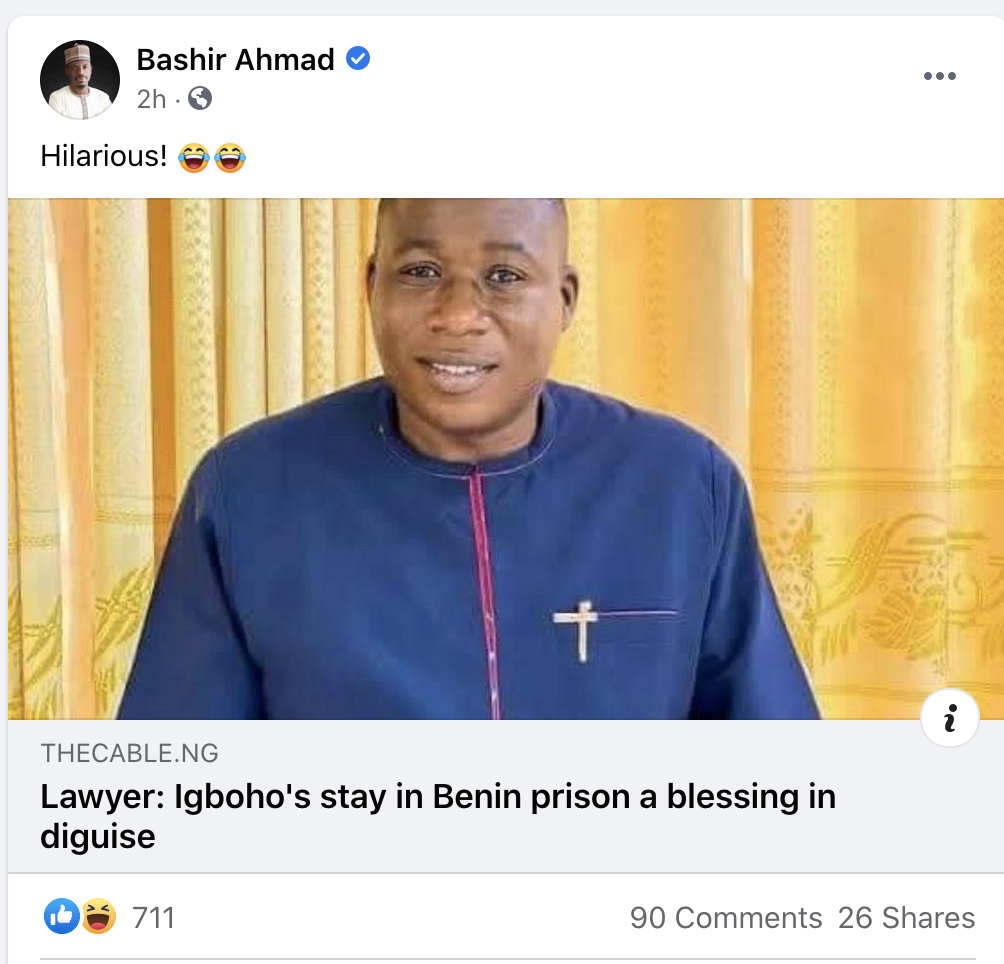