Nigeria’s President, Muhammadu Buhari has asked the Senate to screen and confirm 41 non-career and one career ambassadorial nominees.

Senate President Ahmad Lawan made this known while reading Buhari’s letter of request on the floor during Wednesday plenary.

Sulyman’s nomination may not be unconnected with the protest by the Senator Philip Aduda (FCT) that the territory was neglected in the earlier list of Career Ambassadors sent to the Senate for confirmation.

Following the reading of Buhari’s letter, Senator Aduda, through a point of order, thanked the Senate President for helping to ensure that the FCT was not relegated in the appointment of the Career Ambassadors.

He said that he believes that the President of the Senate would also intervene to ensure that the FCT is represented in the appointment of Non-Career Ambassadors.

Buhari, in one of his letters titled: “Appointment of non-career Ambassadors-Designate” said: “In accordance to Section 171 (1),(2)(c) and subsection (4) of the 1999 Constitution of the Federal Republic of Nigeria as amended, I have the honour to forward for confirmation by the Senate, the under listed forty-one (41) names of nominees as Non-Career Ambassadors-Designate.”

The President also sent out another letter seeking the approval of the Senate for the appointment of a federal commissioner for the Revenue Mobilisation and Fiscal Commission.

No zoning arrangement yet for NWC offices – APC 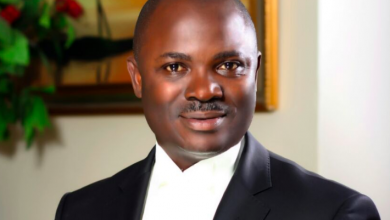 JUST IN: How Cabal recruited ‘Jubril’ from Sudan to Impersonate Buhari – Nnamdi Kanu 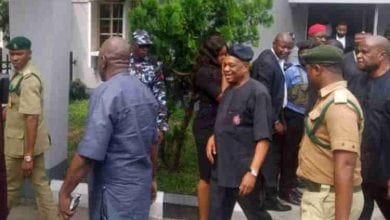