POLITICS NIGERIA reports that the king was aged 90.

The late monarch is the father of Senator Iyiola Omisore, a former Deputy-Governor of Osun State. 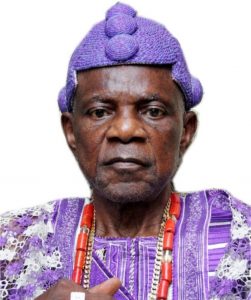 The cause of the king’s death cannot yet be verified by this newspaper as of the time of publishing this report.

Condolences have been pouring in for Oba Omisore.

Announcing the death of his father in a terse message on Tuesday, Senator Omisore said via a statement: “On behalf of the OMISORE Dynasty, it is with the deepest sense of loss and gratitude to God that we inform you of the triumphant return of our beloved father Oba David Olajide Omisore to his Heavenly Father.

“Baba joined his ancestors peacefully. Kabiyesi sailed on January 04, 2022. Further announcement would be made in due course.”