The Governor is known to be a likely contender for the All Progressive Congress’s presidency ticket come 2023, and he hasn’t refuted any of the advocacy for his candidature.

In the predictions made concerning possible political occurences in the country this year, Nasir El-rufai’s political aspiration was obviously left out because, as history would attest, the Kaduna based APC politician is generally subtle in approach to contests.

Many would wrongly write-off Mr El-rufai as a mere contender on the papers, however a minor highlight would reveal the much despair his 2023 aspirations is causing the ruling All Pregressive Party, APC.

It is a not-well-kept secret within the APC camp that it’s leader, Bola Ahmed Tinubu would have a shot at presidency in 2023. Tinubu’s influence in the party could only be the reason the governor isn’t overt in making known to the people of his motives.

The National leader was profilic in appealing the acceptance of Muhammadu Buhari to Nigerians in 2015. However, due to the muslim-muslim permutations, Professor Osinbajo had lead off in Tinubu’s grand plans of becoming a president.

El Rufai’s ambitious journey started around 2016, after helping President Buhari to Aso rock. He and his crew knew they had be dodgy in approach, seeing how better placed the Jagaban was. An understanding with the Aso Rock “cabal” was made to carpet Tinubu, by the crews within the camp pleased about the emergence of the Kaduna State Governor.

Ordinarily, it is assumed the Governor wouldn’t have cared much for such prospect; but for two situations which drew tide after the 2015 elections.

El-rufai saw Buhari’s commitment to a single term presidency as an opportunity to appeal his cause to the Northern populace.

There’s an understandable practise within the country where a Notherner would govern the country for two terms of 8 years, after which he hands over to a Southerner, with the cycle repeating it’self. The possibility of a single term government inwhich Mr Buhari campaigned on in 2015, would have accorded El-rufai the fortunes of completing the remaining 4 years for the north.

The second prospect which the Kaduna politician was encouraged by, was the ailing health condition of the President shortly after victory at the polls. The medical challenge faced by the President at that time offered a more pleasing scenerio to kickstart his chase.

The subsequent years was however yet to present event unfavourable to him. It became evident as it drew near to 2019 that President Buhari would seek reelection, castrating Nasir’s plans consequently.

Tinubu’s crew weren’t wasteful in getting into actions immediately, haven desired for such time. The plans weren’t to take chances as El-rufai’s was, theirs was to take dominance of the entire camp without relent.

Meanwhile, Tinubu despite his attempts in completely holding sway key leadership positions in the APC administration met with determined oppositions from El-rufai’s camp.The ‘Cabals’ added up to turn on the heat, and this forced the National leader to holidays outside Nigeria, probably to re-strategize.

With the absence of Asiwaju, the El-rufai crew activities subsided but the ‘cabals’ were still in control of things.

Seeing that former Vice President Atiku Abubakar would defect to the PDP to actualise his aspirations, Tinubu’s influence was needed given that the El-rufai’s camp lacked the potency required as such time.
John Oyegun was succeeded by Oshiomole in Tinubu’s next plot in instituting his cabinets more in leadership positions. Oshiomole, able to the task, was to dismantle all the structures opposing his long tamed ambition.

The El-rufal’s faction kept mute hoping his advances would be trimmed after Buhari’s reelection.

The APC camp strategically managed by Bola Tinubu defeated the PDP’s Atiku Abubakar with margin running into millions. After the election, Nasir El-rufal and some members of the camp raised eyebrows about the potential move of Tinubu to hijack the leadership of the National assembly, but no one could act against the ‘National leader’.

As predicted, Tinubu with Oshiomole at the helm endorsed Ahmed Lawan for Senate President and Femi Gbajabiamila for the Speaker; all being being loyalists to the ‘Jagaban’. All candidates who were opposed to the imposition were told to either accept it or move away from the party, as their wish might be.

Still after the elections in 2019, posters of Tinubu 2023 went in circulation, and El-rufai’s supporters weren’t to be left behind in this as same was replicated to the former minister of FCT.

In December last year, political analysts finally jumped to the conclusion that Nasir was really a contender when Former President Olusegun Obasanjo visited him in Kaduna. Although the visit was labeled as one of his usual drop-in on his former subordinates, he passed good commentary about him.

The Former President though wasn’t definite about 2023 presidency in his statement throughout the visit, said, people of Kaduna state have a good leader to work with, adding that, “We need a character like this [El-Rufai].”

Governor Nasir El-rufai might be covert with his 2023 dealings, however his candidacy couldn’t be rebuffed, as his actions has resonated full intentions. 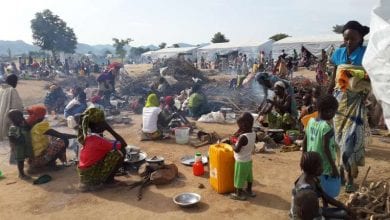 How An Average Nigerian Sees This Lockdown 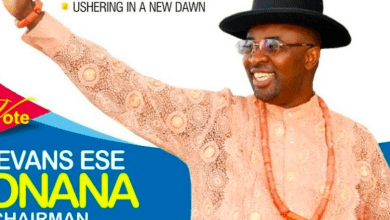