The leadership of the Peoples Democratic Party, PDP, is currently at the national assembly to protest the confirmation of presidential media aide, Lauretta Onochie as a commissioner of the Independent National Electoral Commission, INEC.

The protest led by the national chairman of the party, Uche Secondus, witnessed the presence of several party members.

Criticisms have trailed the nomination of Onochie, who hails from Delta State, on the grounds of her being a registered member of the ruling All Progressives Congress (APC), in violation of Section 14(2a) of the Third Schedule of the 1999 Constitution, as amended, states that “a member of the commission shall be non-partisan and a person of unquestionable integrity.”

Secondus said: “We are her to make the final point of total rejection of Lauretta Onochie. She must be totally rejected by the senate and national assembly, she is partisan. We don’t need the INEC to be polluted. She will be representing only one party called APC and that can cause a lot of problems for our country.”

“We have come for this peaceful protest that the National Assembly should reject her.”

Below are photographs from the protest; 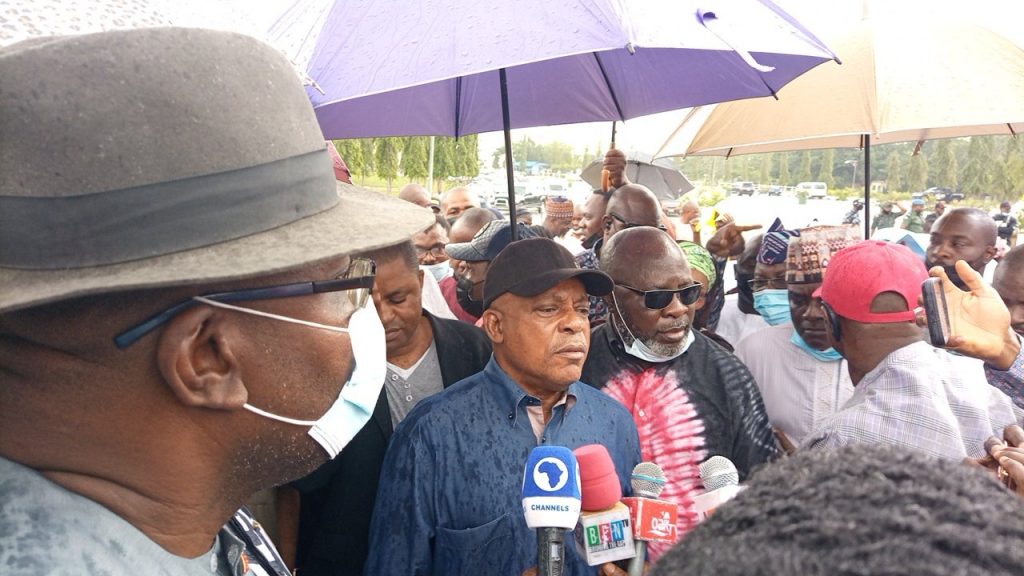